If God loved the World, why are there so many wars, crimes, deaths and innocent victims? 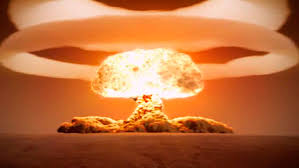 It’s a common question that’s repeated over and over by people who just don’t understand why a loving Creator would allow so much tragedy to occur in the world, repeatedly, Innocent people, including children, die every day in almost every way. They are killed in accidents, by others even their own family, parents, friends, strangers and wars. Why does a Creator who supposedly sent his Son, according to the scriptures John 3:16 in English Bibles, to save the world because he loved it so, let all this death and misery occur?

Why were approximately six million Jews exterminated by the Nazis in World War II if the Jews were the chosen people of the Creator?  Why are certain religious groups persecuted, such as the Christians in the Middle East, by beheadings, shootings and other torturous methods if they are the follower and or children of the Creator?  There are many examples of senseless killings, wars, deception, robberies, rapes that occur in the world against seeming innocent people and even children. Why does this happen?

And here is the bad news, the English Version of the Bible scriptures foretell of even worse tragedy coming. The Bible Scriptures predict that approximately two-thirds of the people alive on the earth will die in upcoming cataclysmic events that will take place all over the earth. The Scriptures also predict that almost no one alive when these events take place will escape and that includes Christians who have been taught they will escape by being “raptured”. Read Ynca’s article “The Rapture”

The upcoming future is going to be so bad according to the Bible scriptures that people will be better off dead than to face these disasters.

World hate the Jews, Americans, and The British? After all the Americans have saved nations from being enslaved several times in its existence and paid generously to help rebuild economies of nations devastated by wars. The US has been instrumental in protecting religious rights by fighting intolerant religious government leaders. The US and Great Britain have developed modern industrial tools, equipment, medicines, and labor efficient techniques to enhance economic growth and improve standards of living. The Computer and the Internet are just two recent examples. Much of the people in the world live longer less toilsome lives thanks to the US and Great Britain, yet they are despised by people in many nations.

Also, the tiny nation of Israel composed mostly of Jews is so hated they are repeatedly attacked by other nations and threatened to be destroyed by the nation of Iran. Why is this so? Why the extreme hatred against America, Great Britain and Israel who are democracies that supposedly are run by the citizens of these nations?

The answers to these questions are surprisingly in writing for everyone to read. Many people have read the answers but have been deluded by others not to believe the source of these answers or have either deceived themselves or choose not to accept the answers.

YNCA has written several articles explaining why the people’s of the world have sickness, mental and physical, travails, real or imagined, are oppressed by family, friends or strangers.

Here is a shocking revelation that should terrify people alive today and in the future.

Terrible destruction is on the way.

How can we find out why and how?

You can learn for yourself, the answer is clear and widely available.

Just imagine if man didn’t evolve from Monkeys and the universe that is ordered, mathematically and chemically, did not just come into being by itself is the handiwork of a supreme being and that being has given men a book in writing on how to escape horror and tragedy and live a wonderfully happy, health, live in peace.

And, that Supreme Being told humans in writing what would happen to them if they ignored his instructions on how to live happily.

Well here it is in writing:

24 See, the Lord is going to lay waste the earth

he will ruin its face

and scatter its inhabitants —

2 it will be the same

for priest as for people,

for master as for servant,

for mistress as for maid,

for seller as for buyer,

for borrower as for lender,

for debtor as for creditor.

3 The earth will be completely laid waste

The Lord has spoken this word.

What?? The Creator himself is going to destroy the earth and most of its inhabitants. Is this the Creators plan for mankind?

To learn why people will face the wrath of the Creator read YNCA articles:

Why is Israel important in the Bible?

This site uses Akismet to reduce spam. Learn how your comment data is processed.